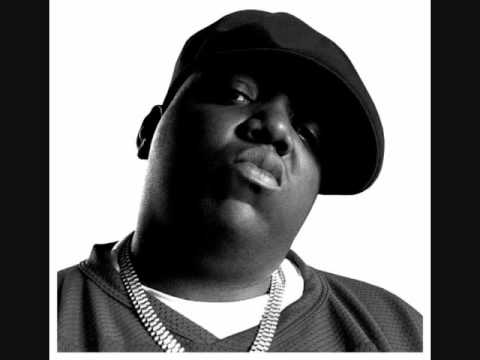 [Notorious B.I.G.]
Uhh.. uhh.. uhh.. (yo c'mon Big) uhh..
F*** that, I preach it, my nine reaches
the prestigious, cats that speak this, Willie shit
Flooded pieces, my hand releases, snatches
Smack ya cabbage, half-ass rappers, shouldn't have it
So I grab it, never run, the outcome
is usually, a beatdown brutally, f*** who you be
or where you're from, West or East coast, squeeze toast
Leave most in the blood they layin in, what, what?
The rings and things you sing about, bring 'em out
It's hard to yell when the barrel's in your mouth
It's more than I expected, I thought your jewels was rented
but they wasn't, so run it, cousin
I could chill, the heat doesn't
Ran up in your shell about a dozen
You never see bank like Frank White
Your hand clutchin, your chest-plate contemplate
You 'bout to die, nigga wait, keep yo' hands high

[Redman]
Yo.. yo yo
I don't brownnose out of town hoes
I'm up around fo' with the crowbar to the five point oh
I get bagged, I'm John Doe, suspect
You ass like prime roastin, Calvin Klein clothes
Explode the pyros when Doc guest appear
I'm out there, I bought it with George Jetson here
Your time is near, so get your body dropped off
I stopped trustin niggaz since Gotti got caught
It's Bricks keep your wrist covered, or piss colored
By the waist got a gun as dark as Kris brother
I.C.U., my sheisty crew, like ice me too
I break your legs, leave your eyes slightly blue
The Doc was born with a grenade palm
I'm concurrent in your hood like a, teenage mom
Yo Biggie (what? what?) She havin my bay-bayy
If I pull out the A.K., keep your hands high

[Notorious B.I.G.]
Uhh, uhh
I got a new mouth to feed, I'm due South with keys
Y'all pick seeds out y'all weed, I watch cowards bleed
Motherf***er please, it's my block with my rocks
F*** that hip-hop, them one-two's, and you don't stops
Me and my nigga Lance, took Kim and Cee's advance
Bought ten bricks, four pounds of weed plants
from Branson, now we lampin, twelve room mansion
Bitches get naked off "Get Money", "Player's Anthem"
Don't forget, "One More Chance" and, my other hits, other shit
niggaz spit be counterfeit, robbery come actually
in and out like f***in rapidly, pass the gat to me
Make his chest rest, where his back should be, talkin blasphemy
Blastin me, your family, rest in coffins often
Frank Wizzard, f*** you soft or fragilla
Play hard like Reggie Miller, rapper, slash dope dealer
slash Gorilla, slash illest turned killer

[Method Man]
Now now
Don't approach me with that rah rah shit, you out of pocket
I take these adolescents back to Spofford
Mentally my energy, is like a figure eight, on it's side
that's infinity -- too many sick niggaz, nickel nines;
bring the remedy -- when you play the field, what's the penalty
Unnecessary roughness, career endin injuries for suckers
Stuck on stupid, shoot em with a dart like Cupid
until they got love for my music
Star Wars I'm Han Solo, with three egoes
and three charges, I got to "See-three-P.O.'s"
This is whoop-yo'-ass-day, the sequel
Eyeball blower with no equal, niggaz swingin swords in the WAR
that's my people, sho' nuff, befo' I roll up
This is a hold up, hands high, reach for the sky
I rep S.I., the unpretty, word to Left Eye
New York Shitty, put they weight on it
And who better for the job than Biggie? The Notorious
Jeee-zus, "Unbelievable" rhyme that reaches
and touch individual, small frame buck and change
MC, What's-Your-Name, tuck your chain
All about the fortune, f*** the fame, labels still extortin
Kick me when I'm down, but I'm up again, scorchin
Hot -- forcin my way up in the door
to kill the bullshit like a matador
Keep your hands high (what?)