See the full The Shaggy Show lyrics from Insane Clown Posse. The Shaggy Show lyrics belongs on the album The Amazing Jeckel Brothers. Learn every word of your favourite song and get the meaning or start your own concert tonight :-). Rate this song's lyrics. Uploaded by Corie. Use it for personal and educational purposes only. Listen to these sick beats by Insane Clown Posse. 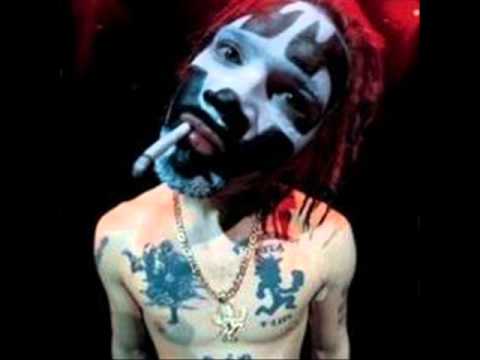 [Shaggy 2 Dope:]
Hey! How ya doin down there? I've got mice here!
Alright! What up y'all? Welcome to the show
I'm Shaggy, like you don't f***in know
This is my sidekick, Fat Pat
He goes "Ha ha ha ha", and all a that (That's right!)
Anyhow, on my way here I almost died
This bitch in front of me was like a hundred and five
They worry about drunks, and late night truckers
Old ass bitches try to kill mutherf***ers (Ha ha ha ha)
This lady's got her left blinker on for an hour or more
Then she makes a right into my side door
This comedy shit's gettin old
The game is to be sold, not to be told
Oh yeah, you can feel the excitment right?
SNOOP DOGG is with us tonight
That's what I'm sayin
On the Shaggy Show, shit we ain't playin
And that ain't it, also on the show
Another motherf***er that well, some of you know
You see him with me a lot, he's like a brother
Violent J's in this motherf***er
(I like that kid Violent J)
Hey Moe! (What's up?)
How ya doin today? (Just great Shags!)
That's great, now let's give a hand
To Mickey Clark and the Gangsta Fun Band!
We'll be right back with Violent J

[Announcer: (Playa hata:)]
Do your homies have money? Are you broke? (Yeah.)
Do bitches look at you like some kind of joke?
(Straight up!)
There's nothing you can do but get your PHD.
(Playa hata's degree?) That's right!
(Aw hell yeah!)
Player Haters Academy, located on Wellfarm, in Detroit
Offers the finest in player hation tactics.
(Yeah that's right!) Such as the bitch hater:
(Hey man, f*** that fine ass bitch!)
Or the look shooker:
(Yo bitch I might be ugly, at least I ain't got no money!)
Or the never ending shooting star:
(Just cuz he got a car he wanna be drivin that bitch!)
Get your PHD and join a nation of player hation!
(Word up!)

[Shaggy 2 Dope]
Ok, my first guest, he's nutty as hell
He just served a half a year in the county jail
Now he's back, for now at least
Hey Violent J's in this bitch ass piece!

[Violent J]
What up y'all? (What up?) What's happenin?
It's been six months and my dick ain't havin it
If I don't hurry up and get me some ass
I might bust this nut on your tv glass!
Anyway, been workin on my brand new shit
A brand new group with my homies Twisted
It's called Dark Lotus, shit I play somethin for y'all???
Hell naw

[Shaggy 2 Dope]
Now I been hearin a little of this and that
About you havin some kind of a panic attack
Tell us, uh, is it true?
And when you have one, what the f*** do you do?

[Violent J]
Well, I'll be sittin there enjoyin a coffee
And then all of a sudden, I'm like GET OFF ME!
Then I start chokin off pedestrians
Until they give me my shot of calliphilestrian
But that's all over now, it's old hat
I'm a perfectly normal necrophiliac
Just don't test me or pull strings, forget it
I might grab your neck and do bad things with it!

[Shaggy 2 Dope]
Well on that note, thank you J (Sure)
For real, what's up with poppin one of those Soloquium pills?
Take your ass backstage and relax (I'm straight)
Snoop Dogg is comin up next!
Stay right here, we'll be right back!

[Weird guy:]
I like my chili hot. As a matter of fact I like my chili so God damn hot
that you can cook a hog's ass in a spoonful.
When a workin man such as myself wants a little hot fixin, I reach for
that bottle of momma's God Damn Hot Chili.
Smooth tender chunks with chili beans filled with momma's hot bastard
bacon bits, and drizzled with just the right amount of thick savory sauce,
drippin with noodle nuggets and Teaxs tough onions.
Mmmm mmmm that's hot, God Damn Hot.
Ask for it by name.

[Shaggy 2 Dope]
Thanks fellas! Alright yo, we're back
My next guest pioneered the sound in rap
He's come a long way from the LBC
Please welcome Snoop D-O-double G!

[Snoop Dogg]
Look up in the sky, it's a bird it's a plane
It's the big dog y'all, f***in with the Insane
Clowns, get down nigga, I represent the town
Ay yo Violent J let's go half on this pound
I stay gangsta like Vaughn, I dropped a bomb
They call me Snoop Dogg and I can raise your arm
So any MC that disagree with me
Step up and watch your muthaf***in ass meet defeat

[Shaggy 2 Dope]
Snoop? (What?) Now you got platinum on your walls
While other fools stare and, scratch their balls (What?)
They wanna be like you, they wanna try to steal your flow
Now (What up?) Yo, why is that so?

[Snoop Dogg]
It's like everywhere I look, and everywhere I go
Some bitch ass nigga tryin to steal my flow
But I don't pay em no attention
Oh, should I mention?
I'm all about the money and ridin in cars with suspension
Bouncin, bankin up corners smokin dough
Smokin that weed, hangin out with my locs and folks
Don't give a f*** about nothin at all
That's why I'm known to the world as big motherf***in Snoop Dogg
Nigga

[Shaggy 2 Dope]
Snoop Dogg everybody!
Now we gotta bring a close to the party
(Already? What?)
Thanks Violent J (Sure) My loc
And thanks Snoop for that bag of smoke (Get down)
Join us next time for the show
We'll have that one bitch from Letters to Cleo
(Granny!) That's it for now, I'm out this bitch
Ay yo Gangsta Funk, show em how you got rich!